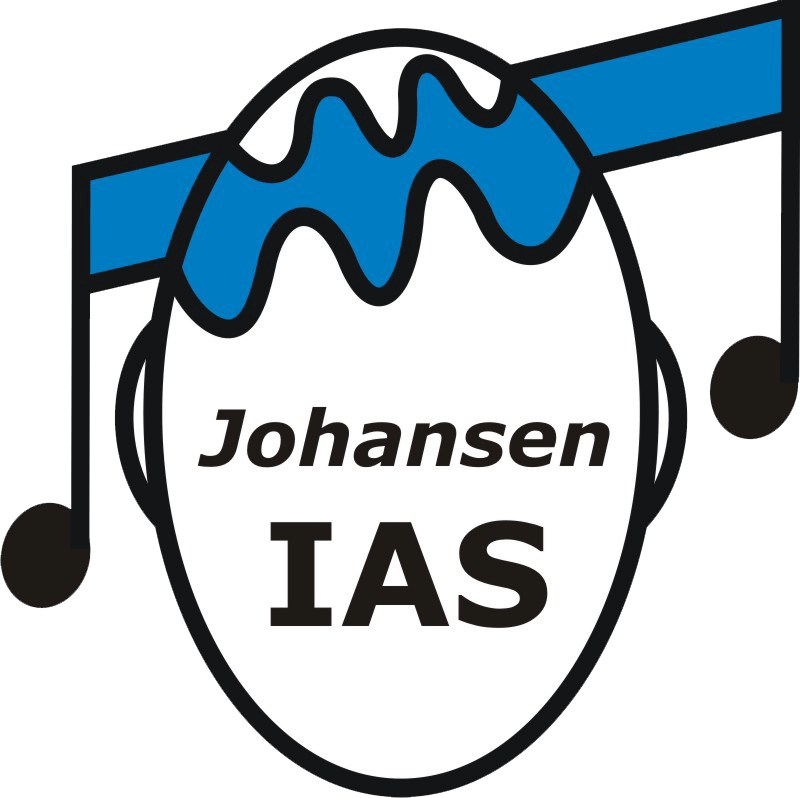 Two areas of weakness (phonological and automisation) are contributors to language and present as weaknesses in dyslexics, but appear to characteristically compensate for each other in dyslexics profiles.
Further research looks specifically at the auditory or perceptive difficulties that may underlie characteristic phonological deficits. Tallal, Miller & Fitch (1993) and Merzenich, Jenkins, Johnston et al (1996) found that children with dyslexia showed difficulty differentiating between rapidly changing consonant-vowel syllables presented at a normal rate. Tallal (2000) concluded that the ability to process sounds in this way is vital for normal acquisition of language, phonological awareness and reading skills, and that the deficit may result in impaired language skills including reading. Gaab, Gabriela, Deutsch et al (2007) observed neural response to rapid auditory stimuli and reported that this is disrupted in children with dyslexia, and can be improved with training. There is discussion about the link between auditory processing and speech and language difficulties, but evidence exists that general weakness in the identification of speech sounds is one of the causal factors in poor reading skills. (Clark and Richards, 1996).
Whilst dyslexia can present as many forms of language difficulty, relating to comprehension, attention, phonological skills and so on, it is reasonable to suggest that some dyslexics with phonological coding difficulties may have an auditory processing disorder or perceptual difficulty, which has disrupted their language acquisition, and that observation of this relationship can help towards discovering effective interventions.

Friederici & Alta (2004) document that, as according to the dynamic dual pathway model of auditory language comprehension, succesful processing arises from a dynamic interaction between the left and right hemispheres.  The corpus callosum is responsable for effective cross-hemisphere interaction. The pathway between hemispheres can be improved by exercise (Musiek, Kibbe, Barran, 1984). The left hemisphere has been shown as localised for language functions in most people. Localisation of language production to the left hemisphere has been supported by study of brain activity using fMRT (Pujol, Deus, Losilla et al 1999). Input to the right ear is directly processed in the left hemisphere, the development of a dominant right ear (lateralisation), which would send information directly to the left hemisphere, could be expected to lead to more accurate and efficient processing of verbal stimuli. Musiek, Kibbe & Barran (1984) found that children with language impairment also showed major left deficits.
The organisation of the cortex can be shaped or altered by experience. For example Hyde, Lerch, Norton et al (2009) found changes to the motor cortex, but also to the auditory system and corpus callosum, after 15 months of instrumental musical training (6-year-old children), compared to controls receiving no training. This evidence suggests that neural response underlying language may be strengthened by training.

Recent developments in understanding our auditory perceptual abilities, their development, their disruption and their relation to language ability, have led some clinicians, educators and researchers to suggest that it may be possible to train or stimulate the auditory system in individuals with language problems in such a way that their perceptual abilities improve, and that such stimulation after some time may also have an effect on language (Merzenich, Jenkins, Johnston et al, 1996; Tallal, Miller, Bedi et al, 1996; Treharne, 2001).
Many methods of remediation aim to improve the ability to process sounds relevant to phonological coding. This can be through intensive phonological and oral language training or, as newer approaches suggest, through more fundamental means of improving attention to sounds and ability to deal with them efficiently. Tallal, Stark, Kallman et al (1981) concluded that many academic problems associated with language are a result of auditory perceptual impairment, particularly in temporal aspects of sound recognition. A subsequent area of interest was the effective use of acoustically modified speech and adapted neuroplasticity training, to improve language processing (Tallal et al, 1996 and Merzenich et al, 1996). This conclusion led to a focus in strengthening the relevant neural pathways through modified presentation of acoustic stimuli (Tallal & Merzenich, 1997).

Can non-language stimuli be used?

Researchers have pointed that language and music share many features as forms of information (Patel, 2003; Koelsch, 2005). Both involve the processing of rules and memorised information, and the systems that observe these features in music and language have been showen to correspondent in studies of brain activity (Miranda & Ullman, 2007).
Musical training is known to modify cortical organisation. Treharne (2008) found children with enhanced musical experience through a music play time group had superior language comprehension compared with their peers, and this was related to rythmic ability which is also related to reading. Wong, Skoe, Russo et al (2007) suggested that the exposure to musical training has a positive effect on linguistic processing ability. Musacchia, Sams, Skoe et al (2007) showed that such manipulation can extend to the subcortical structures involved in processing speech. The results showed a relationship between amount of musical practice and sensory encoding of auditory and audiovisual information.
The Tomatis method is an example of a therapy that has been shown to succesfully improve language related skills through exposure to musical auditory stimulation. A meta-analysis of 5 studies concluded significant improvements in linguistic, cognitive, auditory, psychomotor and social skills, following the Tomatis stimulation programme.

Study on the effects of Johansen Individualised Auditory Stimulation on dyslexic pupils.

This study observes the effect of the use of particular auditory stimulation training on dyslexic pupils. With the premise that ”healthy” development involves gradual organisation of the auditory processing system, encouraged by natural exposure to auditory information, Johansen-IAS aims to retrain elements of frequency perception that may have been delayed or starved of the necessary stimulation during development (leading to auditory processing difficulties and consequent literacy difficulties).

The musical stimulation that is prescribed is customised (in terms of specific frequency stimulation and encouraging a dominant ear) to the strenghts and / or weaknesses of an individual’s auditory perception, dictated by an initial
assessment of pure tone audiology. As well as restoring a subject’s attention to frequencies in general, the programme also aims to encourage a right ear advantage, as already has been mentioned in relation to optimum processing of auditory information.
The current study aims to provide evidence that the principles used by Johansen-IAS succesfully optimise auditory perception, and create a right ear advantage in dylexics whose develoment may have been delayed or disrupted leading to auditory processing deficits and subsequent language impairments. In addition, it is expected that these developments will coincide with improvements in language related skills, in particular technical reading (decoding) and spelling.

28 participants aged 13-17 years (19 boys – 9 girls) all of whom attended the same independant high school in the Netherlands. Devided into 3 groups: Dyslexia Intervention Group (group 1), Dyslexic Control Group (group 2), Non-dyslexic Control group (group 3).
These groups were matched according to age, sexe, and their performance on technical reading (decoding), reading comprehension, spelling, and mathematical calculation.
The results of which were taken from their school files. Group 1 (the treatment group) was selected from the pool of pupils who stated that they were willing to listen for 10 minutes a day through the full training period and where the parents agreed to supervise. Group 3 was matched according to age and sex with groups 1 and 2

Groups 1 and 2 had been diagnosed as dyslexic according to criteria of the Netherlands Dyslexia Foundation (Stichting Dyslexie Nederland).

Participants and their parents gave consent to take part in the study.

A Bonferroni Multiple Comparison test and an ANOVA were used to analyse the data from participants’ school files in the following areas: technical reading (decoding), reading comprehension, spelling and mathematical calculation. The tests found no significant variance between Group 1 and Group 2 in technical reading/decoding or spelling, but found significant differences in these skills between Groups 1 and 2 and Group 3.

Prior to intervention each participant was tested individually.

This study shows significant improvements in language skills in a group of dyslexics shown to have auditory processing difficulties, through a method of intervention that successfully uses non-linguistic auditory stimulation to enhance sensitivity and obtain a ‘healthy’ right ear advantage. Improvements in technical reading (decoding) and spelling abilities in Group 1, support a link between basic sensory perception skills and language-related skills at a phonological level.
The study supports the use of non-linguistic auditory stimulation to optimise auditory perception, and the notion that such interventions benefit language in groups of dyslexics whose auditory sensitivity and laterality is atypical.

There is a clear and concise benefit to considering the importance of carefully assessing and, as we have seen is possible in this study, re-education of basic auditory perception, to optimise phonological awareness, widely accepted as a crucial process for progress in literacy. Further, if we continue to find that improvements in phonological awareness and language skills occur in association with better attention, decreased stress for the learner and improved concentration and confidence, many more interesting and potentially informative links may emerge.

This study has been published in the journal “Psychology and Behavioral Sciences” in the USA. The title of the study is “Possible effects of specific auditory stimulation (Johansen-IAS) on a group of dyslexic students”.